Slumming it alone in India's most romantic city: Udaipur 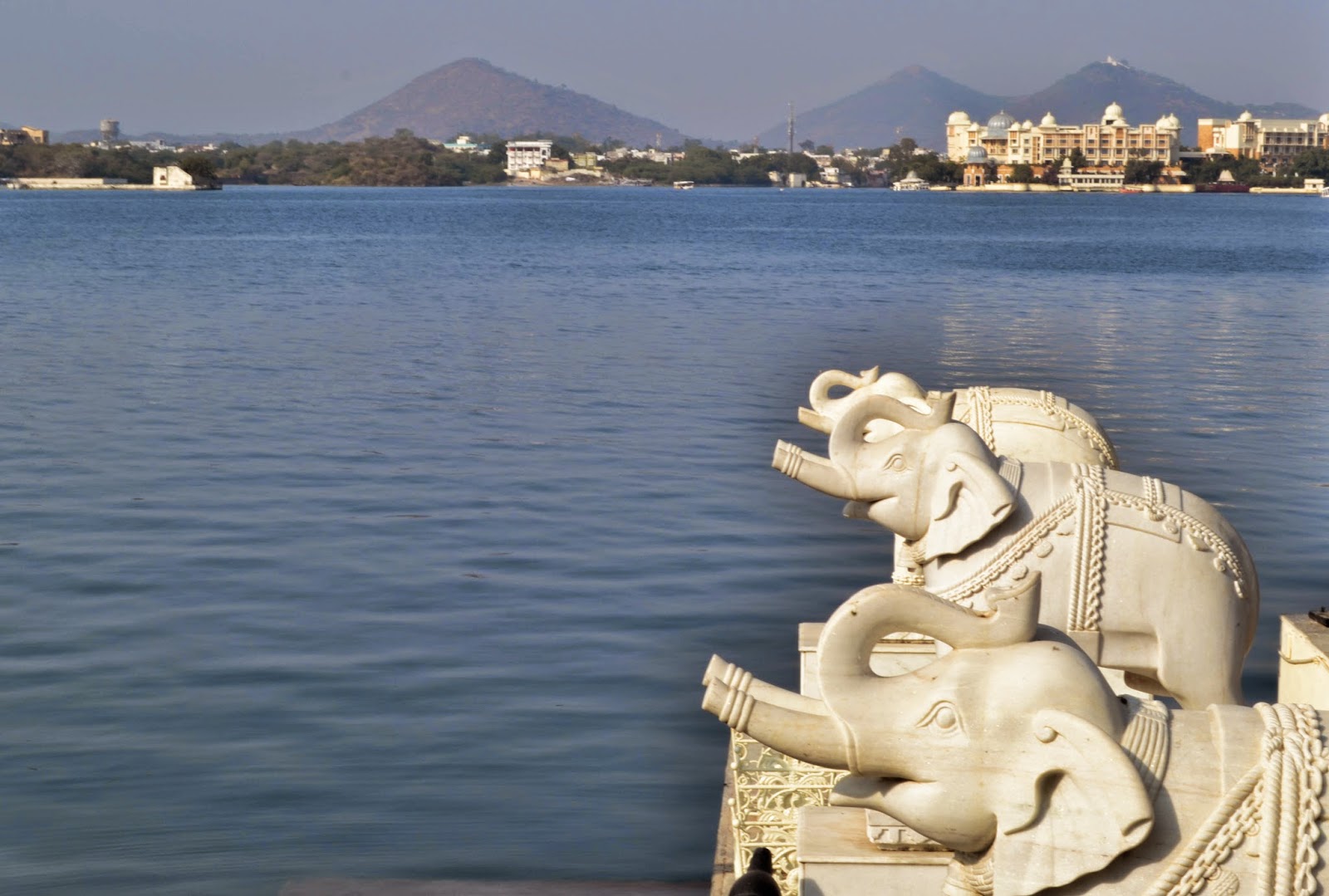 When I put Udaipur under my roster of sights and sounds through Rajasthan, it wasn’t with the intention to explore a romantic city, per se. To be truthful, I was quite sceptical about delegating my quickly depleting funds for a city that was clearly high on the list of tourist vacations, especially the honeymooners. The idea of being surrounded by coochy-cooing newly-marrieds was enough to put me off. But its strategic location between the historically rich Chittorgarh and Kumbhalgarh made Udaipur the most ideal city to base my day-trips from. Never did it cross my mind that I too would have my very own private love affair with Udaipur.

The city finds its significance in history as the strategic capital of the Mewar dynasty. Surrounded by the Aravallies and dotted with man-made water bodies, the capital proved to be a tough battleground for infiltrators. Today, war is a distant thought. Instead its mystical lakes, royal palaces (one for every season) and a salubrious climate come together to cast an enchanting spell of love on its tourists and travellers alike. And fall in love I did! 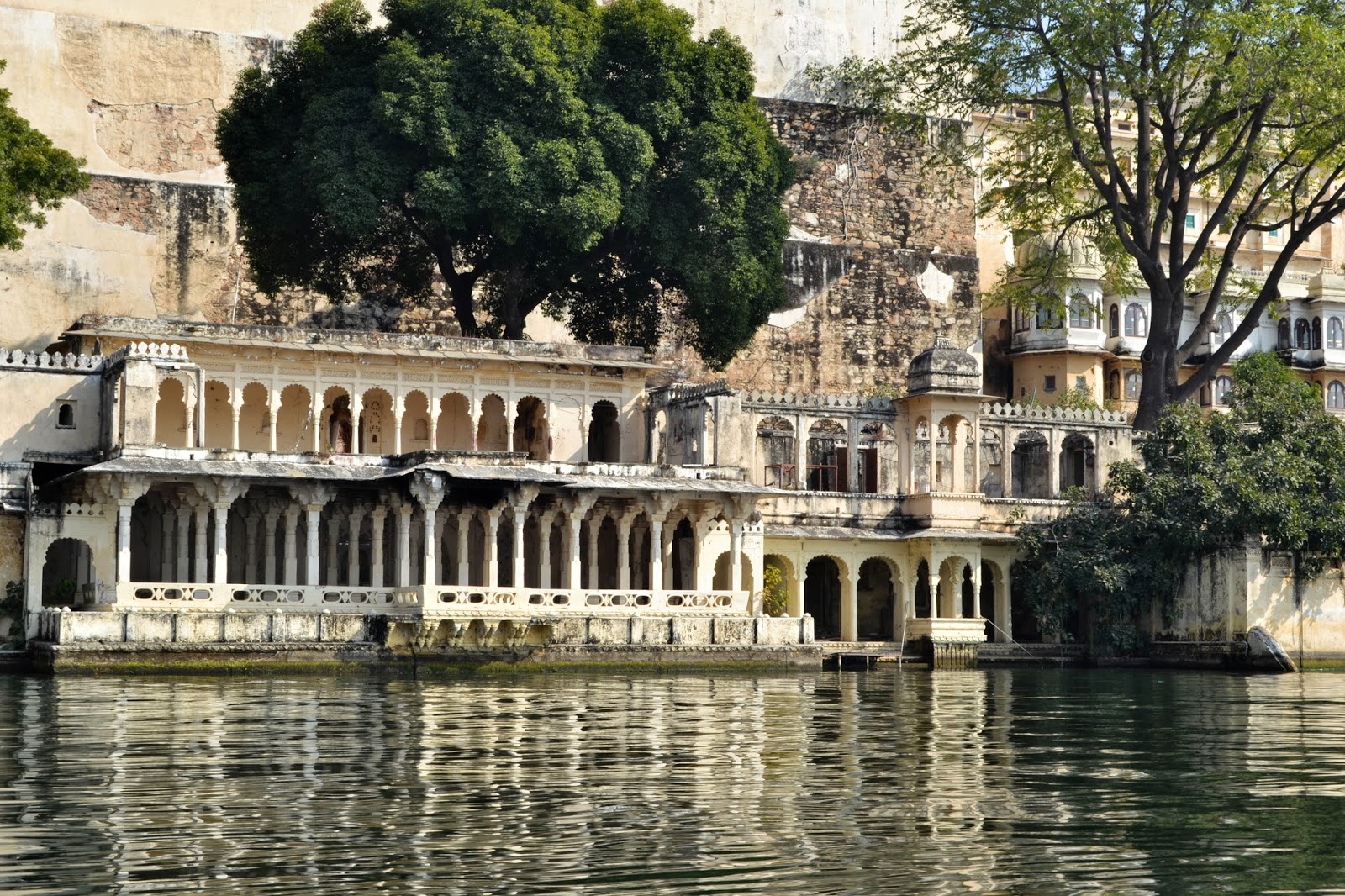 Like getting ready for a blind date where everything feels uncertain and unsure; I wasn’t over the moon about visiting the City Palace either. If it wasn’t for the special deal on the combined boat ride along with the palace tours, I doubt I’d have stepped inside. 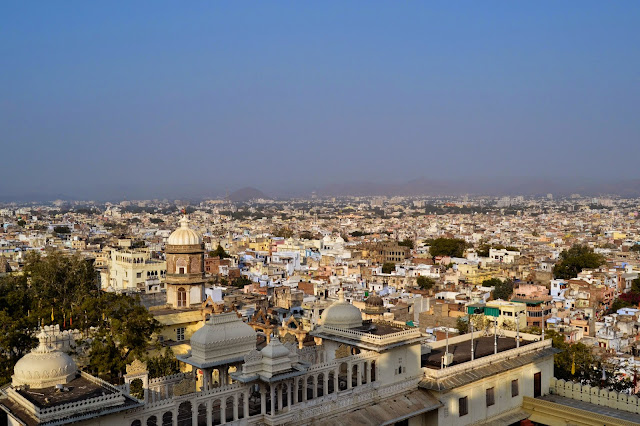 View of the old city from the palace 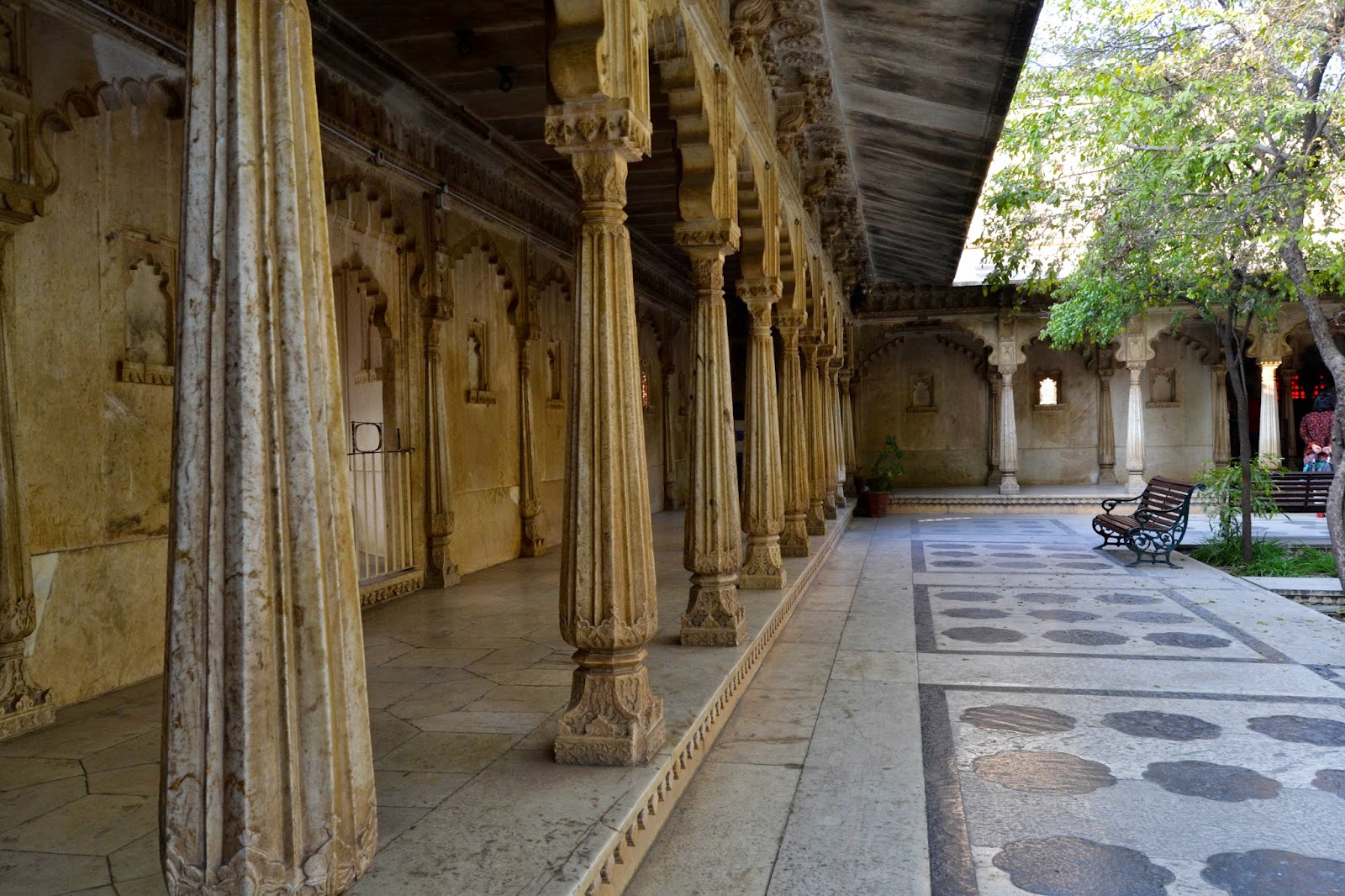 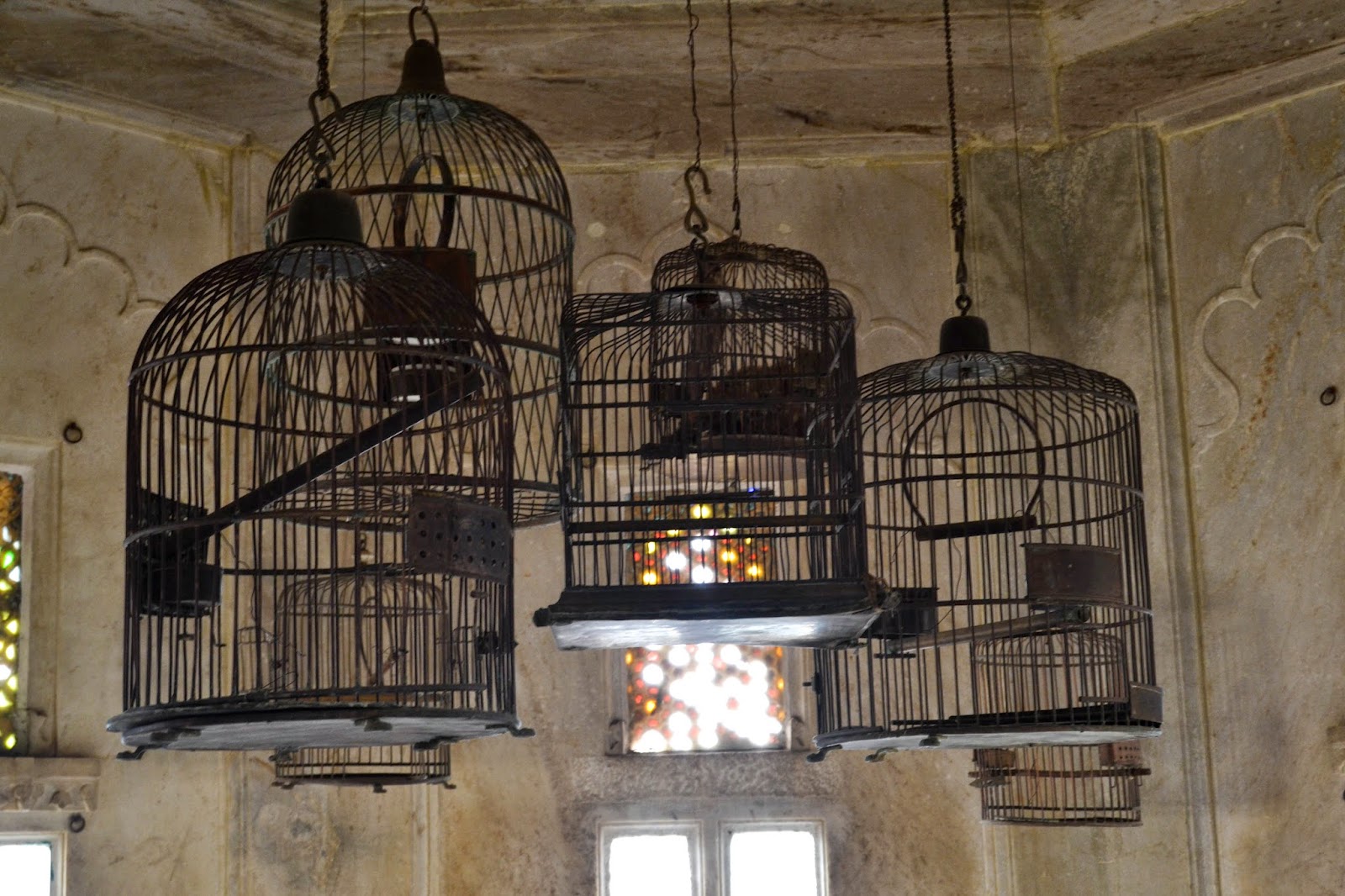 Located on the east bank of the Lake Pichola, the grand palace is an architectural expression of the lavish life of the Mewar dynasty. From extravagant mirrored ceilings to beautiful murals, silver-works and marble sculptures; the City Palace is more than just another splendid Rajasthani haveli. It is a symbol of status, prestige and elegance. 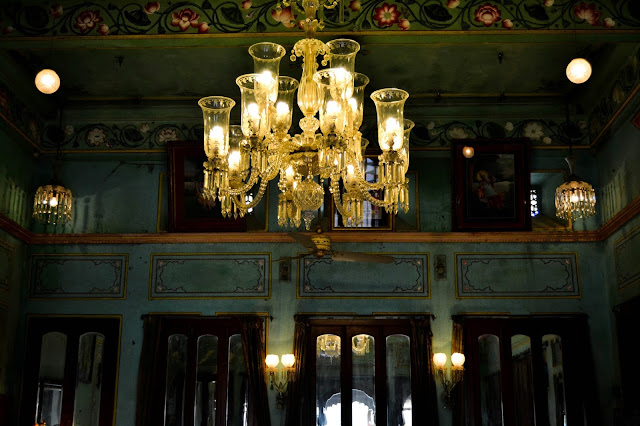 Truth be told, I did not linger at the palace for long. It was bustling with tourists everywhere. And I had to stand in line to get from one room to another. While I was taken by its sheer opulence, the date was over in two hours flat without any regrets. 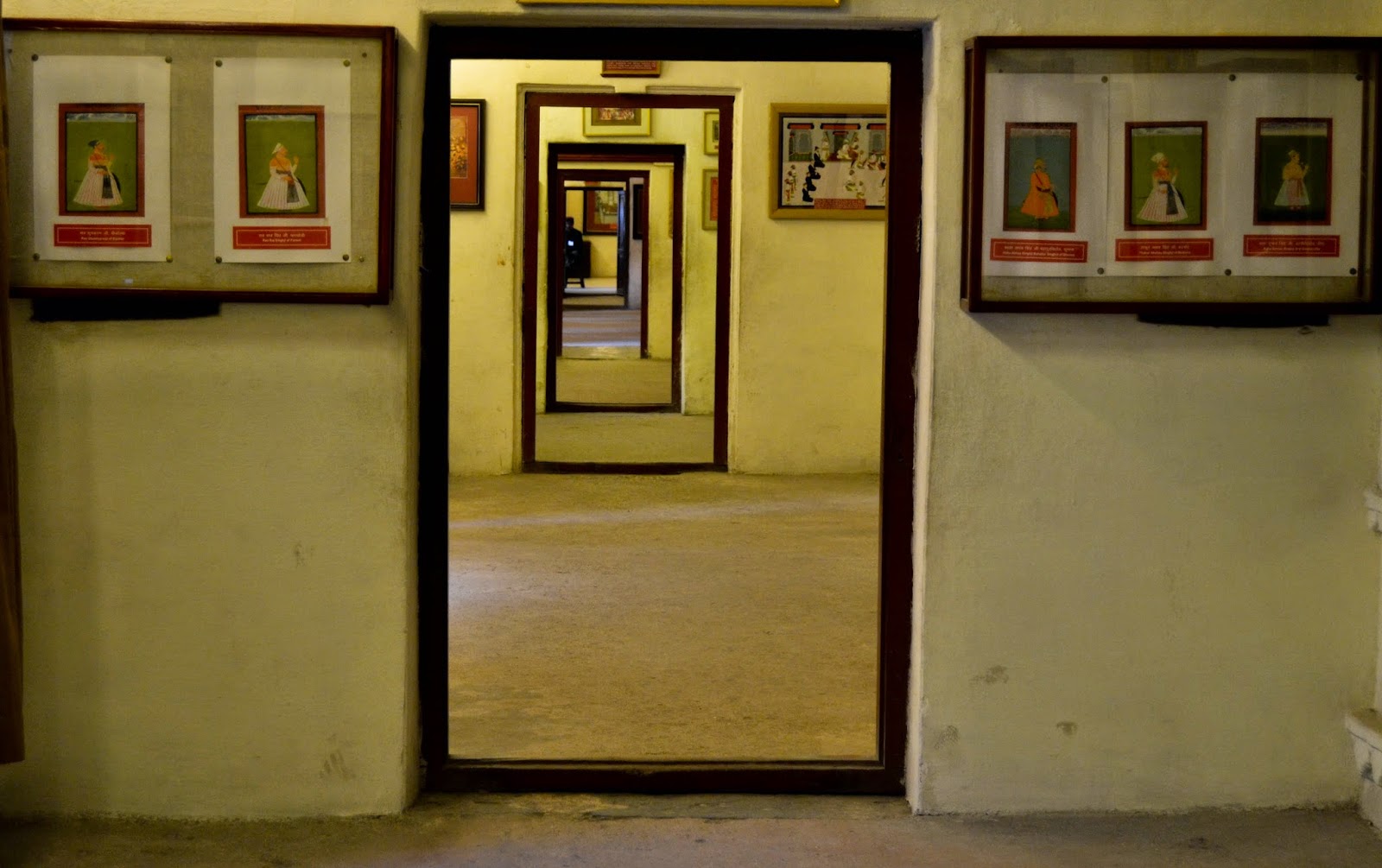 A candle lit dinner for two

It’s not the real fancy-shancy dinners you hear about in Udaipur. In fact far from it. I was staying in the midst of the Gangaur Ghat where I presumed all the action happened. I was even more kicked that I’d be staying right on the waterfront without burning a hole into my wallet. 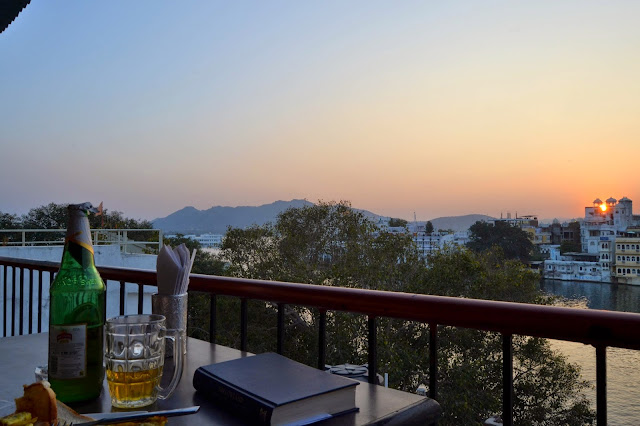 Book and beer... Chilling in the evening

So when I went looking for food in the makeshift rooftop cafe of my hotel, I was pleasantly surprised with the quiet romantic setting. Candles were lit on all tables with Diwali lights (what I like to call the twinkle lights) adorning the entire balustrade overlooking the Lake Pichola. While intimate dinner for two wasn’t on my cards, I got comfy with my book and sipped beer while marvelling at the myriad hues of the setting sun on the lake.

Love is blind. And I often lost my way

I have this habit of deliberately getting lost. With no real direction sense of Udaipur, I took just about any road that caught my fancy. Sometimes, I was rewarded with a quaint cafe at the end of the alleyway and other times just dead ends. But once in a while I ended up walking through what might be a residential back road along the lake. These were more steps than real roads. Women washing clothes, children playing kit-kit on the stairs, loitering goats and cows being chaperoned to their homes; it was the side of Udaipur that no one talks about. Untouched and charming. Often I took my time to ask for directions, only to get lost again on my way. 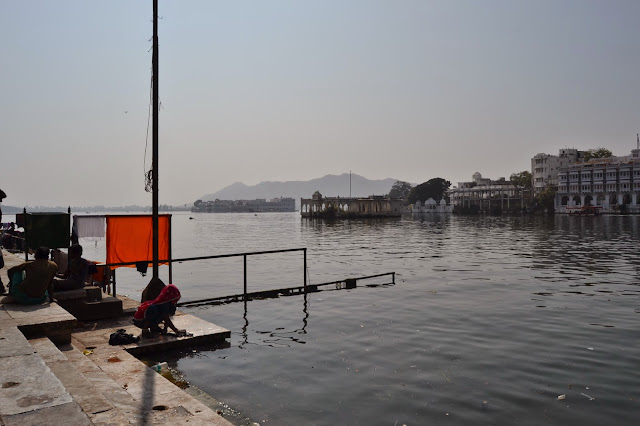 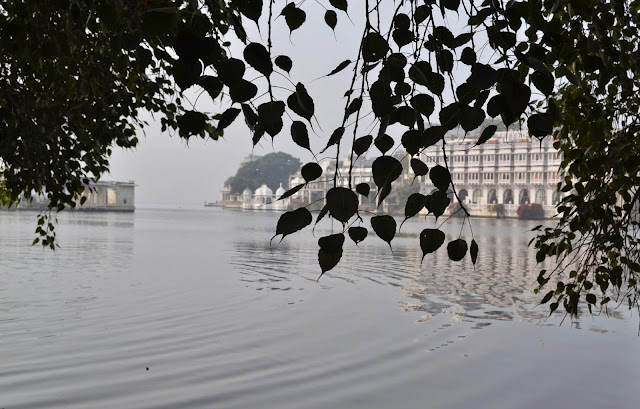 As a ritual, I would go down to the waterfront every night to just sit on the steps and do nothing. There’s something spectacularly soothing about staring at the dancing reflections of faraway lights on the dark night water.

The main market along the waterfront offers an incredible choice of silver jewellery and crockery. From delicate trinkets to heavy silverworks, Udaipur has some of the country’s cheapest silverwares because of its proximity from the silver mines of Chittorgarh. Considering, I was going there next, I waited to score an even cheaper buy from the very source :D

A romantic getaway to the royal monsoon hideout

Like a white tiara atop a hill, the Monsoon Palace (Sajjangarh Fort) finds its significance in history for its royal connections and in popular culture for its feature in the James Bond film Octopussy. A white marble structure, the palace offers an astounding bird-eye view of the Udaipur city on one side and the gentle slopes of the rolling Aravallis on the other. 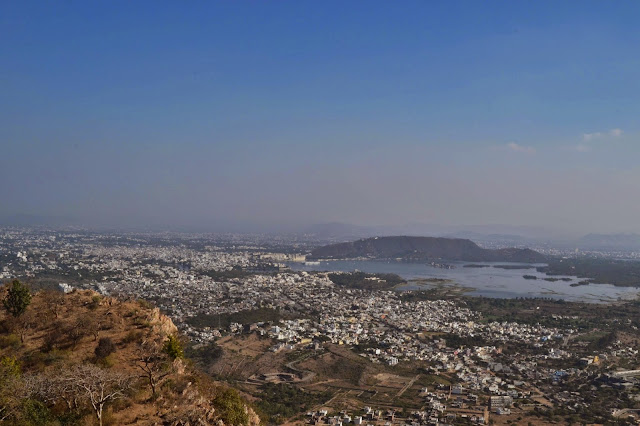 View of Udaipur from the Monsoon Palace 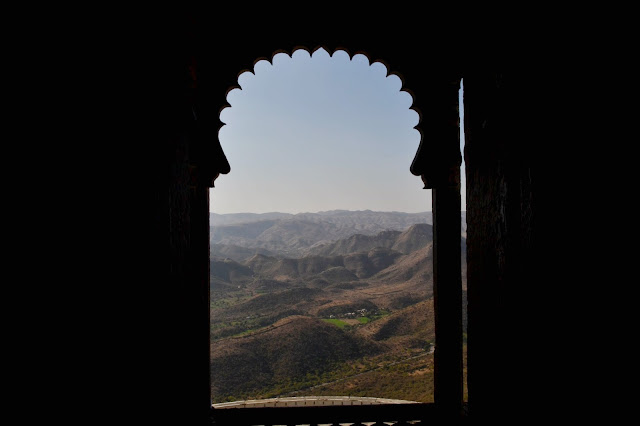 View of the Aravallis from the Zenana mahal

Among all the sights and sounds of Udaipur, the Monsoon Palace holds a special place in my heart. Without commercialisation, on most days the palace is empty, in fact hauntingly so. There were no long queues to the booking office or crowds to hinder the unmatched view from the balcony. I spent three hours just exploring the palace grounds, reading through old artefacts displayed in the empty ground floor museum and mostly just enjoying the view at my own pace. 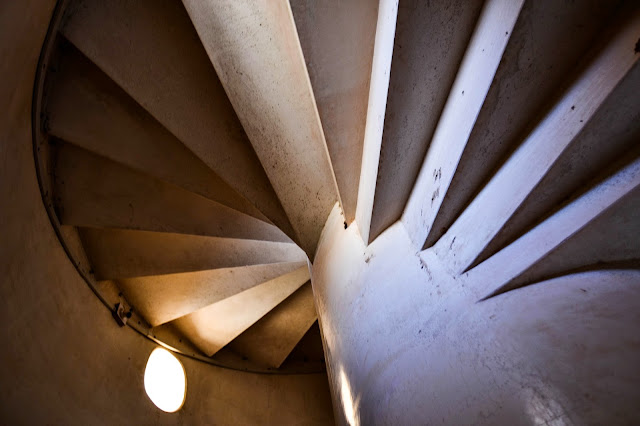 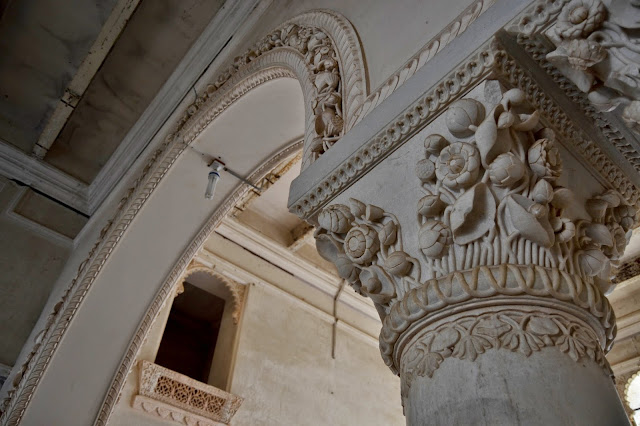 We passed a little kid who was throwing stones at the cars on the road.
“Think of it”, Kaai said.
“One day he’s going to throw a stone that will carry out his naïve but horrible in…
Post a comment
Read more