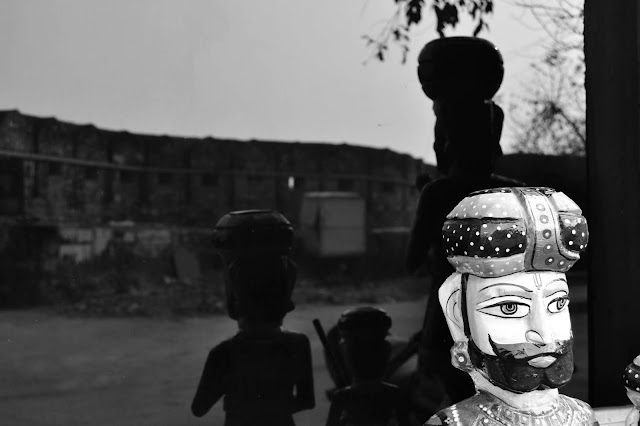 The best way to describe Brojesh is to think of him as an old, inhospitable house at a part of town that had seen its peak more than half a century ago. It has no claim to architectural beauty yet remarkable in its thickness of walls and the fewness of windows, most of which has been grated over time. It was built to last. Without talents. Without arrogance.

Read about Project Other Names here.

July 10, 2021
Unrelated picture from Berlin. #6 Kaai and I had been driving for ten hours straight from Udupi, threading our way through the NH66 which ran all along the western coast. It was a last minute plan put together in all of twenty minutes by Kaai during the tea break. We would drive 700km to the Osho Ashram in Pune to get our hands on the hip new Osho sandals before anyone else in class. It was a bit much but this was 2006 and Osho was all the rage. ‘A little adventure won’t hurt’, he said. Little did we imagine that for one of us, this trip would last a lifetime. I learned that Kaai was a very spiritual person. He hid that side of himself under rock band t-shirts, ripped jeans and the old bubblegum beret that he refused to part with even while he slept. It took me by surprise when he brought up ‘god’ literally in the middle of nowhere. We passed a little kid who was throwing stones at the cars on the road. “Think of it”, Kaai said. “One day he’s going to throw a stone that wi
Post a Comment
Read more

December 09, 2019
He is five feet and eleven inches tall, hundred and three kgs heavy, with sweaty arms and a glistening moustache, shoulder length black hair oiled and tied into a small ponytail. He has a wild demeanour and suspicious eyes.
3 comments
Read more