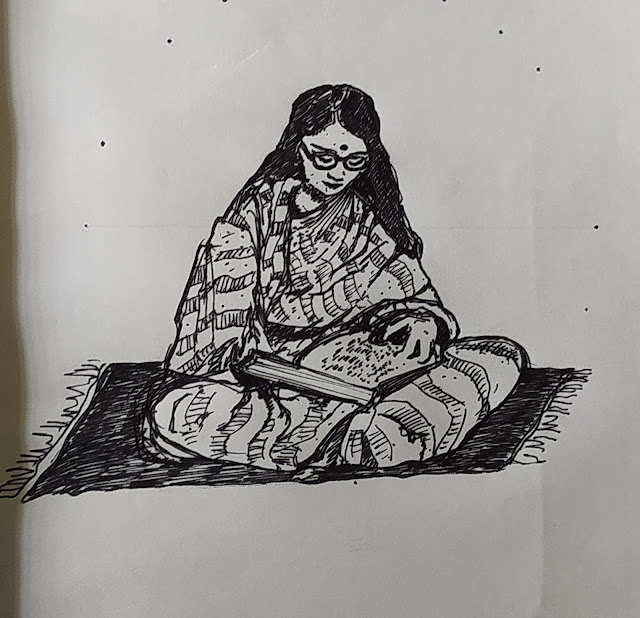 Girija was a woman. It was a condition she suffered from birth. The ailment limited her to talk a certain way, dress a specific way and behave in a manner that did not draw negative attention to herself. The slightest aberrations tended to anger or at least annoy people with inevitable ease.

It was especially tough for Girija because she did not see herself as a woman much. The condition for her was purely physical. It did not dominate her thoughts or passions every waking minute. If she had to put a gender to her inner world – she would’ve said that she felt like a mixture of all kinds of people and sexes we don’t even know about and she liked it that way.

Eventually she came to the conclusion that it was more than the condition of being a woman that plagued her – she was also a feminist which came with a daunting side-effect in her twenties of self-awareness. It made her head pound and her stomach churn at harmless words like ‘pretty’ and ‘feisty’. But Girija rarely discussed the topic because she feared The big stumbling question “Would you call yourself a feminist?” which often sounded like ‘are you in or are you out’. She would say Yes and pray an explanation wouldn’t be required. Girija feared the ‘askers’ would find her answer to be not sufficiently militant or hardline for a feminist.
The truth was that Girija liked women in the same way as she liked men. Not more, not any less. She wanted everyone, to have the freedom to think of themselves in the same way she did, which is, whatever the fuck she felt like. But this too was a folly on Girija’s part and maybe it was for the best that she avoided The big bumbling question. For in reality, society gives no one that kind of freedom. That kind of freedom has to be taken. And it would seem that unwittingly the very condition that made Girija suffer had also bestowed the only tool to dismantle its conditioning – self awareness. But she didn’t know that yet.