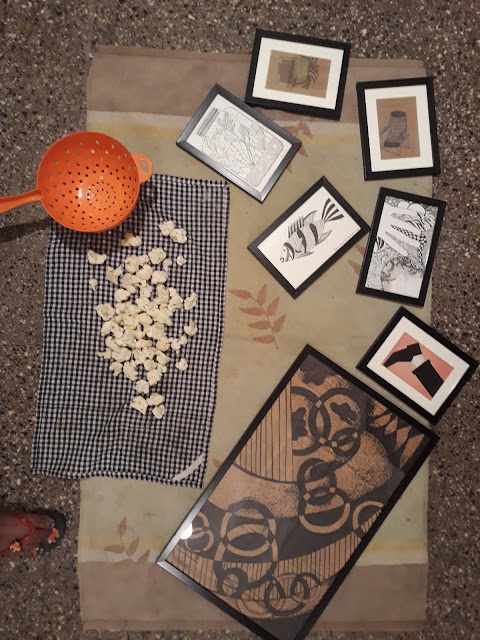 Ahana belonged to an aristocratic family. But as a rule, Bengalis think more of influential friends, than birth. Ahana was lucky to be esteemed and even loved by people of consequence in society, whose example was followed by others of lesser means.

It seem hardly necessary to remark that her family worries and anxiety had little or no foundation, or that her imagination increased them to an absurd degree. But if you had a wart on your nose or forehead, you imagine the whole world is looking at it, sniggering behind your back. Because you can’t see past the puss-filled elephant sitting on your face.

Doubtless, Ahana was considered ‘eccentric’ in society, but she was nonetheless esteemed; the pity was that she was ceasing to believe in that esteem.

“I’m going through a phase. And I’m awfully glad it’ll all be over in a couple of days”, Asha whispered to herself. For a fleeting moment the weight slid off her shoulders and she felt a breath of fresh hope fill her lungs. But the moment she exhaled reality filled the vacuum in her chest.

January 17, 2022
Professor Potty scratched these words on the blackboard, punching the period at the end for dramatic effect. He turned to face his class of forty. Forty miserable, clueless schmucks, most of whom didn’t know the difference between a period and an ellipsis. And yet they thought a minor in Creative Writing would be a piece of cake. An easy grade to brighten up their mark sheet. He had overheard on his way to class, some of the students casually joke, “Next class…” proceeding to clutch their tummy and ejecting a fart-like sound from their mouth. The joke lacked half-a-decent punchline but regardless, the junior year would pick it up from their seniors, giving new life to a lame old gag. Professor Potty did not have a sense of humour. At least, none when it came to his name. You would think after years of being tormented by friends, foes, colleagues, relatives, lovers and eventually his own children as well, the professor would at least pretend to smile and take the power out of the old
Read more

When Joan Didion said, ‘we tell ourselves stories in order to live’, I think she meant - the stories we delude ourselves with.