Udvada: A strange mix of divinity and dhansak 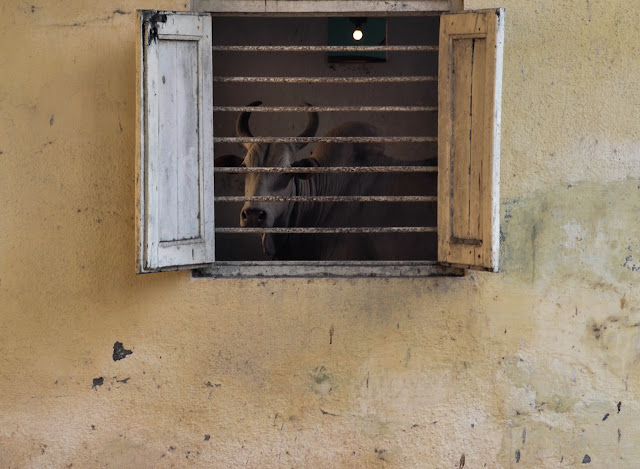 There are many reasons why you should not visit Udvada (Udwada) and a few handful ones why you should. It is only when the positives outnumber the negatives should you plan to make that trip to the mecca (or the Vatican, if you please) of the Parsis.

Udvada is a small seaboard town tucked away in a corner of Gujarat, a mere fifteen kilometres from Daman. Renowned for its Zoroastrian heritage, Udvada houses the Atash Behram temple where the holy Iran Shah fire has been burning bright for the past thousand years or so. Legend has it that during the Muslim conquest of the Greater Iran, a group of Zoroastrians fled into the Indian sub-continent to preserve their quickly diminishing culture and populace. Initially finding refuge in Sanjan the minority tribe made the final transit into Udvada where the fire temple was consecrated in the 17th century. Today thousands of Parsi pilgrims visit every year for a glimpse of the ancient residence of the holy fire.

Unfortunately, I am not a Parsi and the privilege of entrance remained devoutly denied. And with that begins the reasons why you should not bother with Udvada. 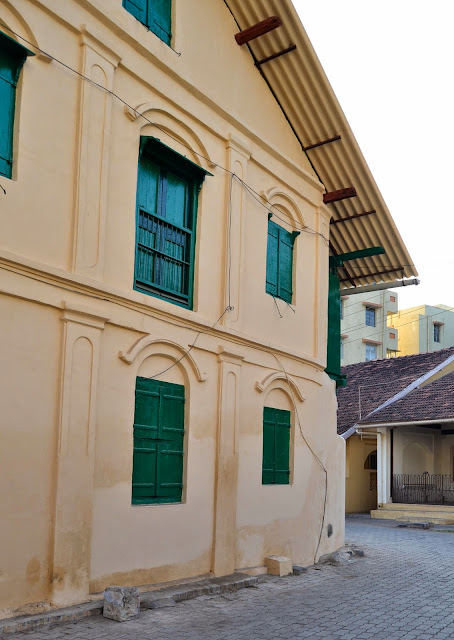 A recently renovated building close to the fire temple

Apart from the facts and figures quoted in history, there are many old housewives tales about how Parsis were allowed to settle in India. But the most popular among them is a simple kitchen story that goes something like this: The leaders were brought before the erstwhile ruler Jadhav Rana, who presented them with a vessel of milk, filled to the brim to signify that his kingdom couldn’t possibly support more people. The head priest responded by adding some sugar into the milk to show how the Parsis would mix and sweeten his land without unsettling its people. Impressed the king granted refuge to the exiled.

On the other hand. Could I have held a bowl of milk and added sugar in front of the moustachioed guard at the gate of the holy Iran Shah temple to get access?
I doubt it. But you’re welcome to try. 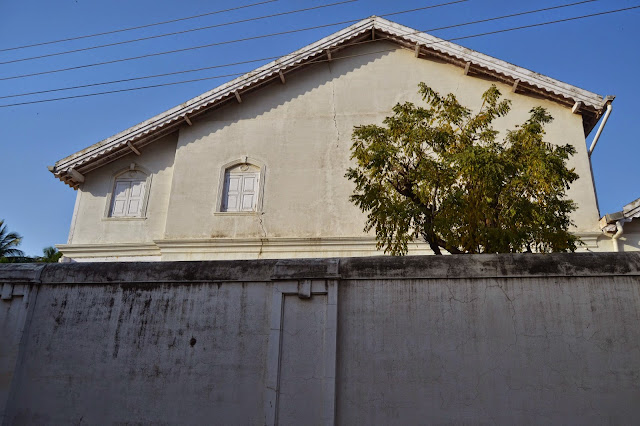 Udvada may be a coastal town and while the black sand beach makes for exquisite shadows under the orange yolk of the setting sun, the waters are largely inaccessible. The brackish murky water is a far cry from the popular notion of clear water and pristine beaches. Instead I settled for a few pictures in the evening and watched the sun set over the extraordinarily calm sea. Talking about calm... 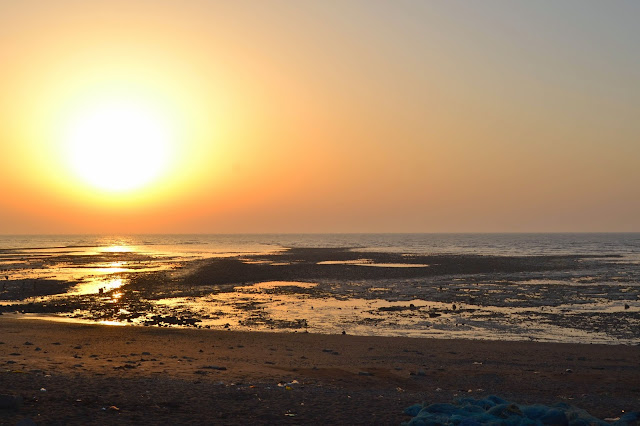 Now this point is going to be tricky and can go both ways really.
Udvada is the epitome of calm and serenity. Like its seaside where waves gently roll onto the shore like soft fabric unwinding from a spool, the village beyond it lacks any hint of shor-shoraba. The shops open at a lazy pace at eleven when residents are still eating their breakfast on their respective porches on a veritable swing set that seems like the archaeological norm. Whether on a sleepy afternoon or in the peak hours (or what we office goers perceive to be peak time), the roads remain empty minus a few men cycling in a seemingly unhurried manner as though they have the whole day to get to wherever they need be. Walking under the shade of Udvada’s infinite bougainvilleas creeping upward to create a cornucopia of colours against the indigo mid-day sky – is a blissful experience unlike any other. The quiet is so pervasive that even talking or laughing in high decibels can seem out of place. 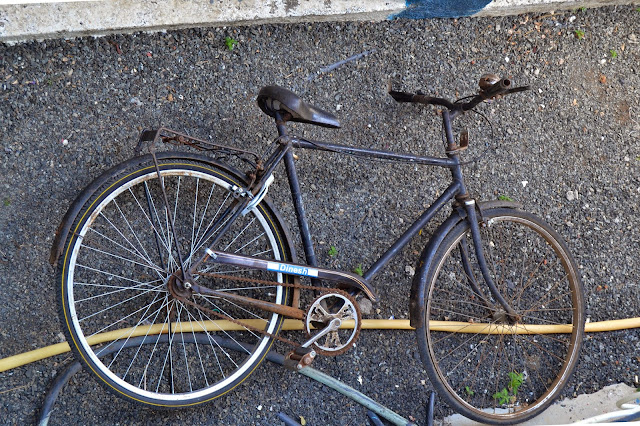 At Ashishvangh Lodge: For great food and a laid-back stay 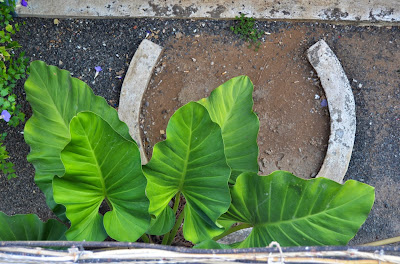 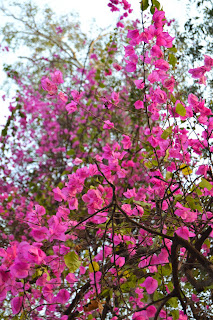 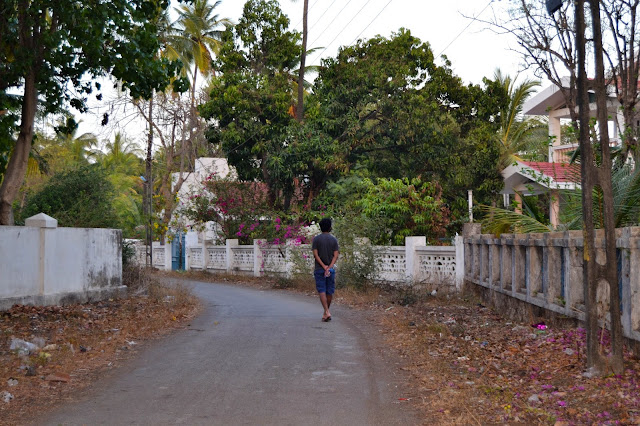 While personally I love such places, I cannot imagine visiting Udvada with a large group of friends seeking fun in the weekend. An odd 200 km from Mumbai, it is perfect to replenish the mind with a much-needed silence or may be to even explore your creative side undisturbed.

If good food could kill you, then Udvada would have you dead by breakfast.
After booking ourselves (my fiancé and I) into what we were told the lodge with the best food (Ashishvangh), we sat down for lunch. Now interestingly, accommodation in Udvada charge by person. For example, we were paying (what initially seemed a heavy one) Rs. 1200 per person per day. But the positive is that it includes breakfast, lunch and dinner. And sincerely, after you eat your first meal, the cost will feel like peanuts for the kind of lavish spread you get.
No wonder the waiter politely enquired if we would like to have a single or double portion amongst us. Famished, we confidently replied two. The first round saw us, each, devouring a bowl of rich chicken curry (tarela papeta ni murghi), a large surmai fry and five chapattis. We were saving up our curry for the rice that was yet to come. Little did we know that the overflowing bowl of rice would be accompanied by another bowl of dal, sabzi and Patrani Machhli and for dessert lagan nu custard (mind you this is per portion description; that means there’s two of everything that I just recounted). We were awed and dismayed at once. While the taste was out of the world, we would need a sack not a stomach to stuff all that food into.
For all the calorie-watchers, Udvada is as sinful as it gets. But if you’re a foodie, just pack up and take that trip already.
Breakfast menu: Bheja na cutlets; brun maska slathered with copious amounts of Amul butter, Salli per Eedu (Parsi egg) made with fine potato sticks; liver curry or keema and parantha.
Snacks to die for: Mawa cakes, dudh na puffs (a version of the Starbucks ‘fluffy’), jeera-studded batasa, khari with oodles of salted butter, nankhatais, and spongy bhakras. And if you’re like me who likes to pick up food souvenirs; don’t leave without hand-rolled thin-as-air garlic papads, fresh peppermints and definitely some dhansak masala to cook dal and chicken with.
Unfortunately I have zero meal pictures to share because clearly I was more occupied stuffing myself to the brim. After the first lunch, I made it a point to wear bottoms with drawstrings that could be adjusted to accommodate the extra few inches after the meal. Below: Left - Sunta, Udvada's take on aerated drinks. Right - Snacks sold on carts by the holy temple. For a larger assortment, head to the Iranian Bakery. 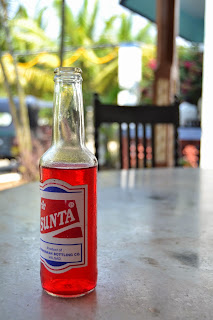 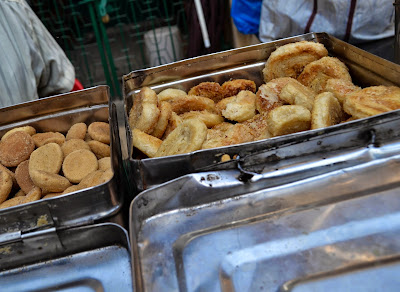 Every place worth a visit invariably has a list of sights-and-sounds, must-see and must-do things. Unless you have a penchant for crumbling buildings, Udvada is not going to cut it for you.
There’s an unassuming rustic quality about Udvada. The sleepy village is littered with century-old buildings, some thankfully renovated and some in decrepit decay. The mohalla-like-maze of lanes and bylanes around the holy temple has some of the most beautiful buildings with slanted roofs and sprawling balconies with exquisite lattice-works on the rails. It’s a pity that most of them are abandoned and uninhabitable in their current state of disrepair. 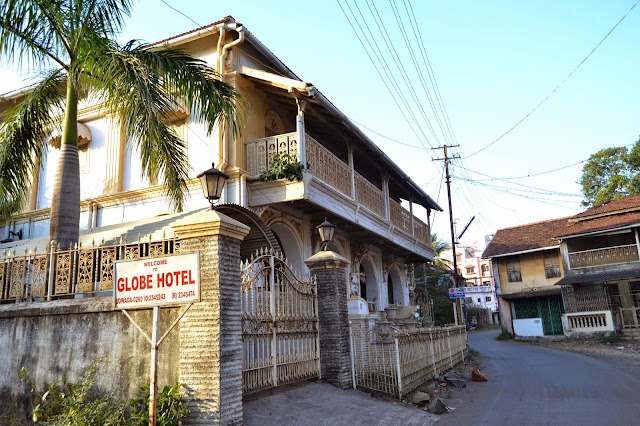 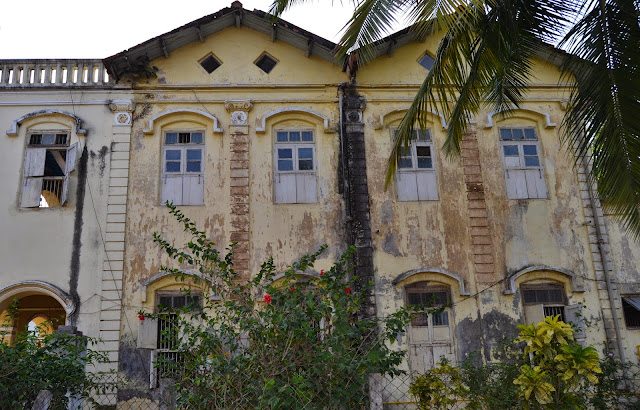 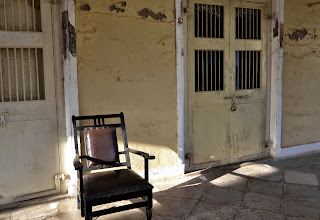 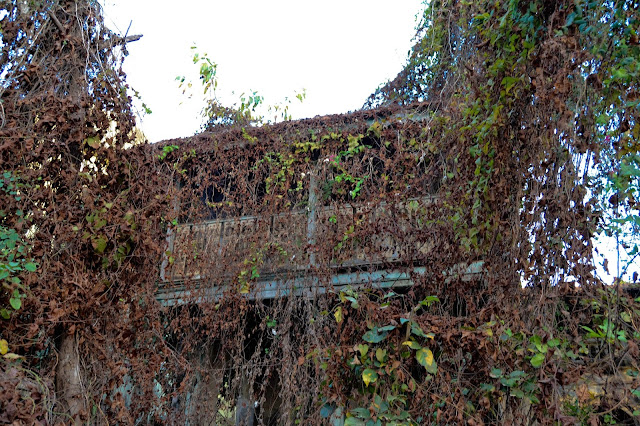 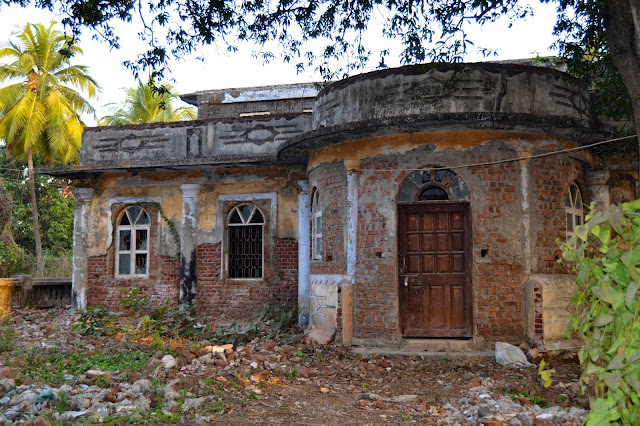 A rundown home with great potential. Can't believe so many landowners leave such beautiful homes to rot!
Despite all my allusions to the negatives of Udvada, I loved it. But also in the same breath I’d like to add that a holiday here is not for everybody. You might get bored or grumpy because the beach isn’t golden; there are no water sports or great trekking adventures to be had; no shopping malls, no bars to hang out; not even a shack to chill on the beach. Instead Udvada is this strange mesh of piety and ‘pait pooja’ (worshipping one’s stomach); a hamlet that has preserved the ancestral Parsi way of living and eating; where families come in troops to pay homage to their sacred fire and indulge in the freshest boi-fish and the lightest dudh na puffs.