The hitchhiker's guide to my apartment 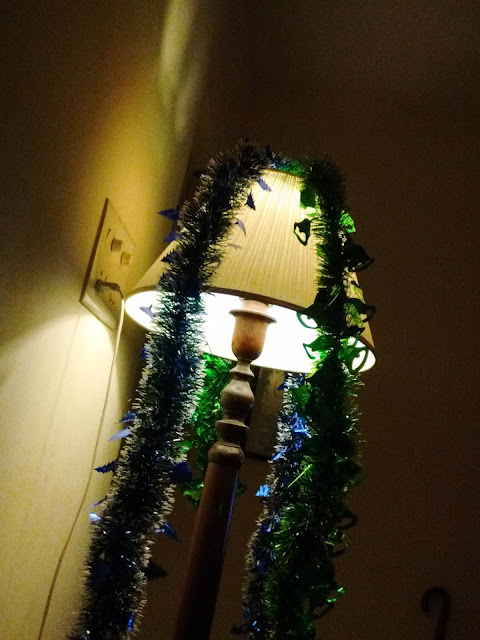 Located in the west precincts of Andheri, J-504 is best described as laidback. Not the quaint sort of laidback, but the rugged unkempt kind. Nestled between two impoverished settlements at the fringe of what might be called civilised society, J-504 nevertheless enjoys a magnanimous view of Gilbert Hill. What makes it cool is that, it’s the only monolith column of black basalt rock squeezed out of Earth 66 million years ago.


The customs check happens on the fifth floor of a rundown building, through a door that has a portal-like opening at its centre. The locals are likely to peer at you annoyed in case of a surprise visit. Trespassers like salesmen and anyone in want of money are received with caution and are most likely to have their visa shortly rejected.

Lay of the land

As you enter the 800 sq ft republic, you will first be greeted with a sprawling sofa set with a bright red coverlet that hides the decade old upholstery underneath. While the establishment of the sofa set belongs to a distant lord to whom monthly compensation is paid by the locals, the owner is not incumbent to provide for maintenance of the boxy piece of shit, if I may. However, travellers to our apartment can find themselves a cushiony spot at one of the corners and entertainment can be made to order through a 30 inch plasma screen. Though what that entertainment may be will remain at the locals’ discretion.

The living room district gives way to the food district which is usually devoid of much food. The refrigerator is its highlight. However a trip to its doors will leave your appetite unsatiated.

The three occupants are proficient in English and Hindi. While from time to time certain locals may also be persuaded to speak in Bengali and Punjabi. Communication is not particularly difficult but there have been cases when dumbfounded tourists grapple at the versatile meaning of the word ‘thingy/thing’ that the inhabitants refer to.

When to come and how to greet

The best time to travel to J-504 is past the twelfth hour when the sun is nigh in the sky and residents can no longer escape its brutal glare through the curtains. Visits on weekends before 2.00pm are highly discouraged and tourists and travellers alike may experience long delays at the customs check.

If you’ve paid a visit before, you shall be received with a hand-shake or a hug or the occasional Namaste, depending on the locals’ opinion of you from your previous visit(s). In this case, let the locals take the lead. However, first-timers can enjoy the benefit of doubt and may proceed to pick a gesture of their choice. We suggest that you have a concrete gesture in mind to avoid the socially awkward half-hug-half-shake. Warning. You shall be judged.

BYOB: Bring your own baggage

The rule of thumb when packing is, “anything that you need, bring it yourself”. This applies to booze, snacks, toilet paper and personal butlers. If you forget something, it can be ordered at the venue, as long as you pass the buck around. More specifically, your buck.

If there’s one thing that the residents of J-504 hold dearer than their primary needs of food, water and shelter, it is their slumber. Quite contrary to the old adage, two-thirds of the population are early to bed but always late to rise. Despite the occasional stink eye from their bosses, the residents have staunchly held onto their principles - man was not born to work. Here’s the thing – if man was created in the image of God, well, we don’t exactly see God running to catch the 8:15 local, do we? Or charging down the corridors of heaven, to sign the Great Big Muster in the sky, before he’s marked absent for half the cosmic calendar?

After all, is there anything superior to lazing on a Sunday afternoon (or better still, a Monday morning) flat on, contemplating the mysteries of the universe, such as the mating ritual of a rhinoceros beetle?

Living with the locals

There’s always a sort of inane charm in diving into the local life. Daily activities such as tending to the wildlife (check ‘wildlife’ section), collecting water from the watering hole, minor plumbing and laundry, can help you see life from the local’s perspective. For a change of scenery we recommend a walk to the quaint tin-roofed grocer round the corner for a pint of milk. Children playing with marbles, chicken chasing goats, cows and dogs lounging next to wooden carts selling fresh spinach and tomatoes; such is the rustic quality of the environs of Gilbert Hill.

The government of J-504 offers some seriously combative recreation opportunities. Two-thirds of the population are known to spend hours if not sometime days in the strategic art of Warcraft. Stray cursing and childish fits of banging fists and stomping feet are encouraged to give the sport a ‘hell-may-care’ attitude. But when it comes to proving your mettle, the locals accept nothing short of Global Domination or like they say, “How Risky do you feel today?” For the next eight odd hours you could be Sun Tzu, Alexander, Kublai Khan, Hitler or the United States of America; crushing those who oppose you under your war-mongering boot heel. And since everything is fair in war, a game of Risk is a socially acceptable form of ruining love, friendship and kinship.

If the Machiavellian pursuit of warfare is not up your alley, you could always put your money on Monopoly. Or take your chances with Scotland Yard, Scrabble, Spook Story or Mad.

Most of the music tends to be from pre-90s recordings with a fair mix of impromptu live performances. The more-the-merrier philosophy is rooted into our nightlife. What may start off as a friendly gathering of few has the potential of quickly turning into a dozen. In any case, if you think you might go overboard, buddy up with a local you get on well with and look out for each other during the night. That way they can stop you making a beeline for unsuitable partners you won’t fancy without your beer goggles on, and send you safely to bed if you look worse for wear. We won’t tell.

Social faux pas such as switching on the white tube-light, playing Honey Singh numbers and singing through the nose; are grudgingly tolerated.

If you wish to extend your stay, an extension to your visa should be applied. Extension may or may not be granted depending upon the reason for the extension, and whether the Department of Immigration is convinced that the applicant does intend to return to his/her country after the stay. In other words, the extent of your stay is contingent to the locals’ sense of humour.

We have a cat. His name is Maximus Wolfgang Targaryen. He bites.

July 10, 2021
Unrelated picture from Berlin. #6 Kaai and I had been driving for ten hours straight from Udupi, threading our way through the NH66 which ran all along the western coast. It was a last minute plan put together in all of twenty minutes by Kaai during the tea break. We would drive 700km to the Osho Ashram in Pune to get our hands on the hip new Osho sandals before anyone else in class. It was a bit much but this was 2006 and Osho was all the rage. ‘A little adventure won’t hurt’, he said. Little did we imagine that for one of us, this trip would last a lifetime. I learned that Kaai was a very spiritual person. He hid that side of himself under rock band t-shirts, ripped jeans and the old bubblegum beret that he refused to part with even while he slept. It took me by surprise when he brought up ‘god’ literally in the middle of nowhere. We passed a little kid who was throwing stones at the cars on the road. “Think of it”, Kaai said. “One day he’s going to throw a stone that wi
Post a Comment
Read more

December 09, 2019
He is five feet and eleven inches tall, hundred and three kgs heavy, with sweaty arms and a glistening moustache, shoulder length black hair oiled and tied into a small ponytail. He has a wild demeanour and suspicious eyes.
3 comments
Read more